I love to take walking tours to get a vibe on a city. Trafalgar usually includes walking tours led by locals, and we have always had a fantastic experience. Below are the photos from our tour through the Ribeira (riverbank) district of Porto, and the Dom Luis I bridge. 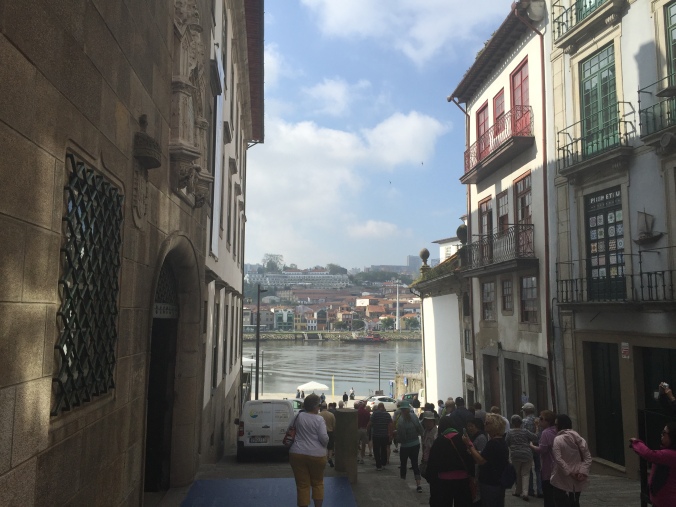 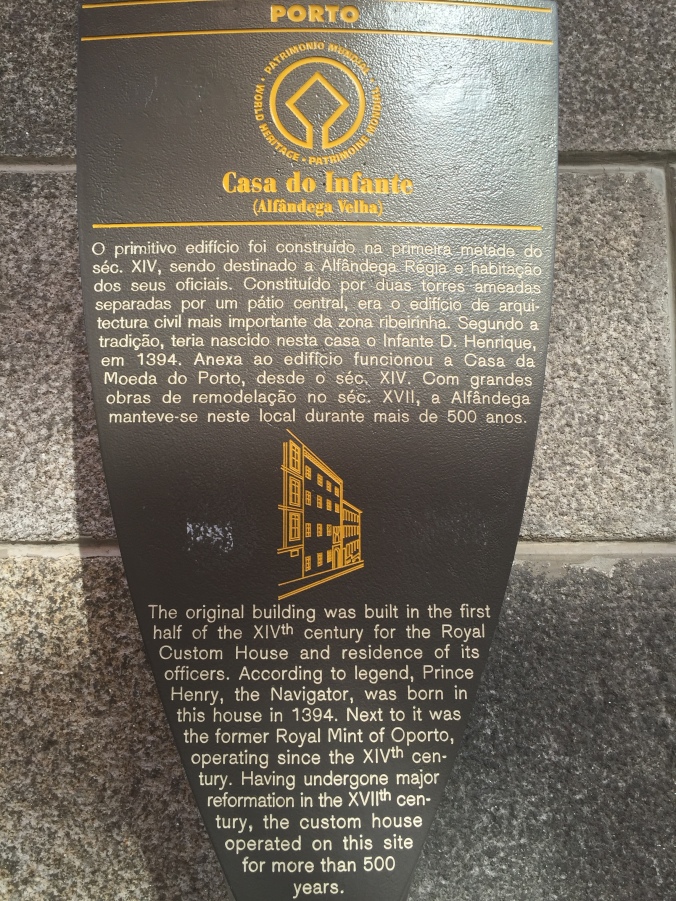 The Casa do Infante – House of the Prince, right in the middle of Ribeira old quarter, is the ancient city Custom House and the old residence of the King’s of Portugal senior officials. Over the centuries, the building suffered many changes, but is still one of the oldest in town.

It was originally built in 1325, by Afonso IV, to house the royal warehouse and the customs services. All the goods that enter the Douro river, especially those coming from Venice and Northern Europe, were stored here.

In 1387, King John I of Portugal married Philippa of Lancaster (daughter of John of Gaunt, and granddaughter of Edward III of England, the Black Prince) here, in the Alfândega (Customs House). A few years later, in 1394, Prince Henry, the navigator, was born also in the Alfândega, called, since then, Casa do Infante (House of the Prince).
Source: LocalPorto.com 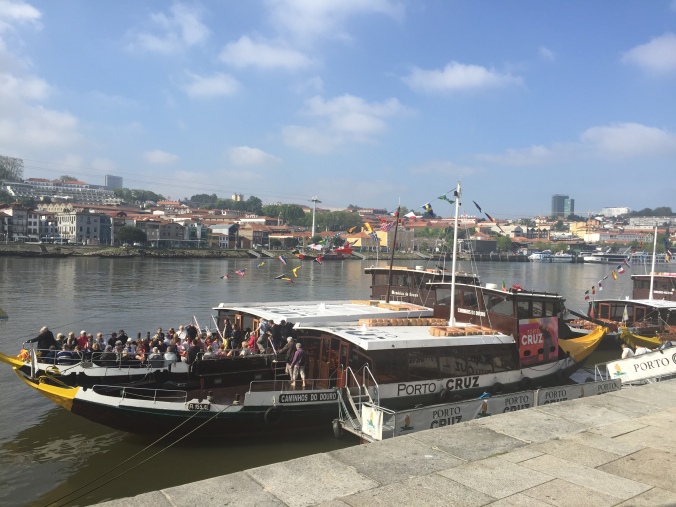 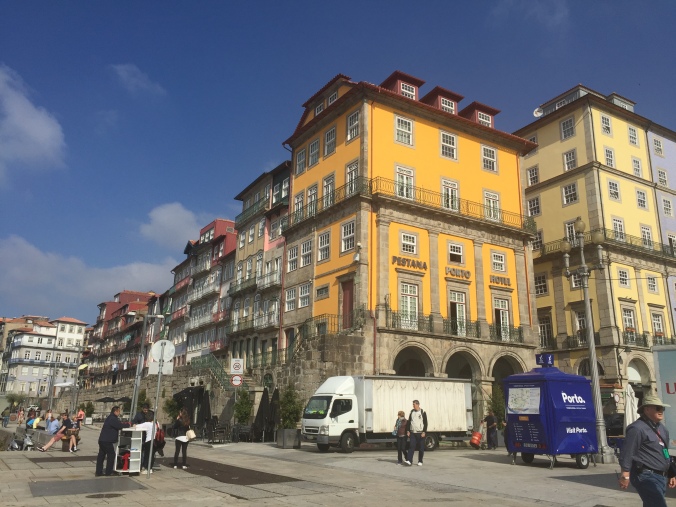 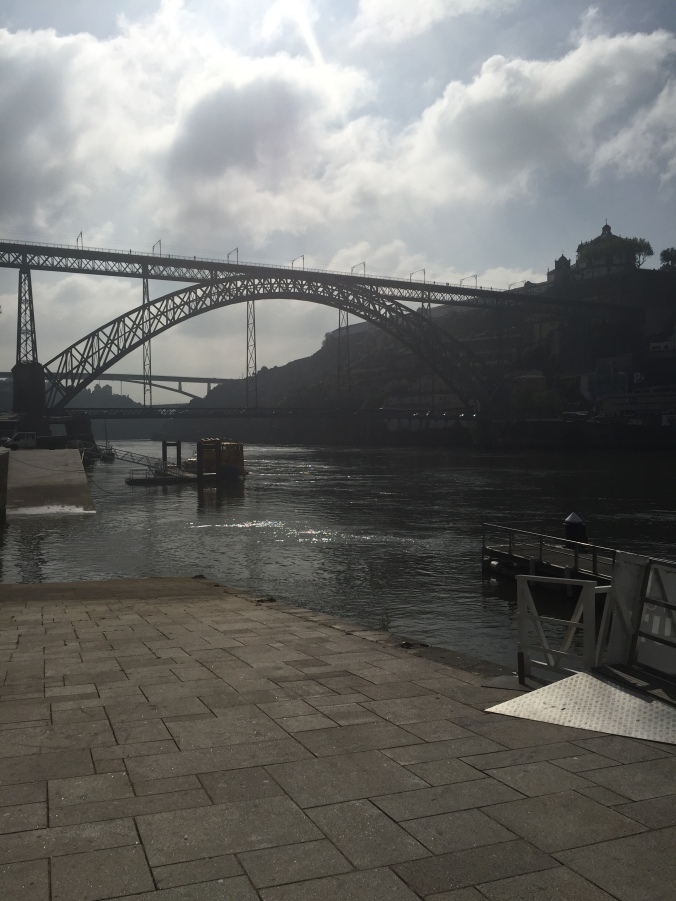 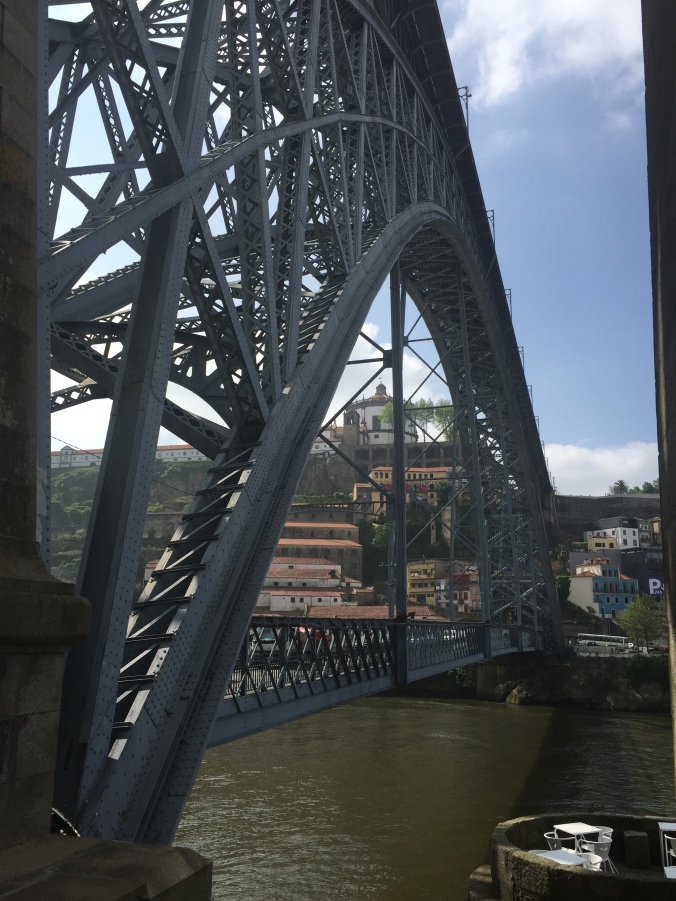 On our tour of Portugal, I used the Rick Steves Portugal guidebook. According to Steves, “In the 1880s, Teofilo Seyrig, a protege of Gustave Eiffel, stretched this Eiffel Tower-sized wrought-iron contraption across the 500-foot-wide Duoro. Eiffel himself designed a bridge in Porto, the Ponte Dona Maria Pia, a big upstream.” You can see all of the bridges in this video I captured while on the Port Cruise.  Porto River Cruise Video (1 min :45 sec)

It was fun to walk across this bridge. Check out this fabulous terrace cafe build on the remains of the old bridge. 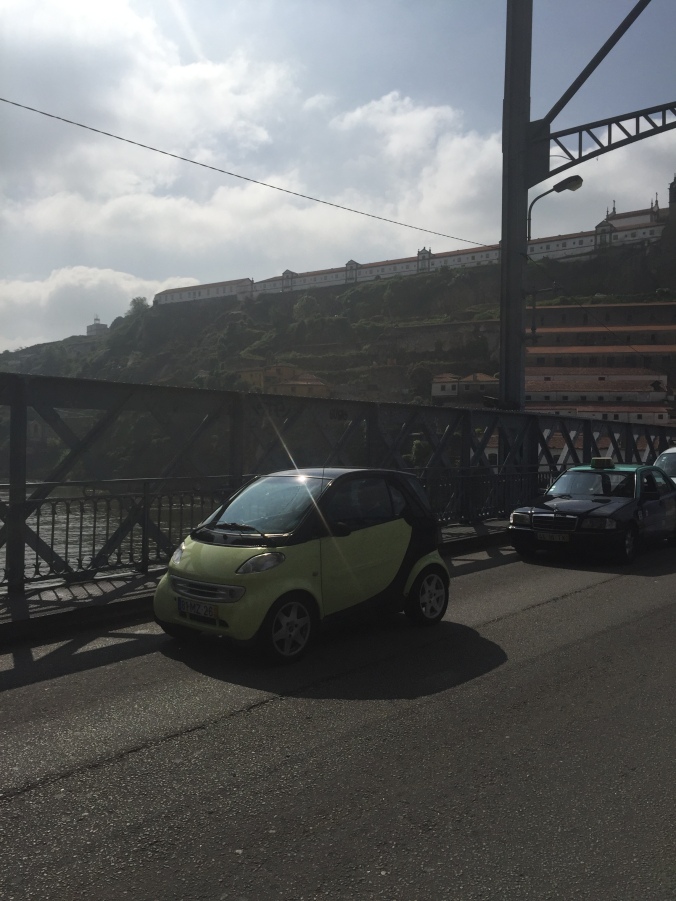 Terrific views from the bridge

Like every free walking tour, the guide finishes up in a gift shop. Here, there were demonstrations of delicate silver wire jewelry being made. 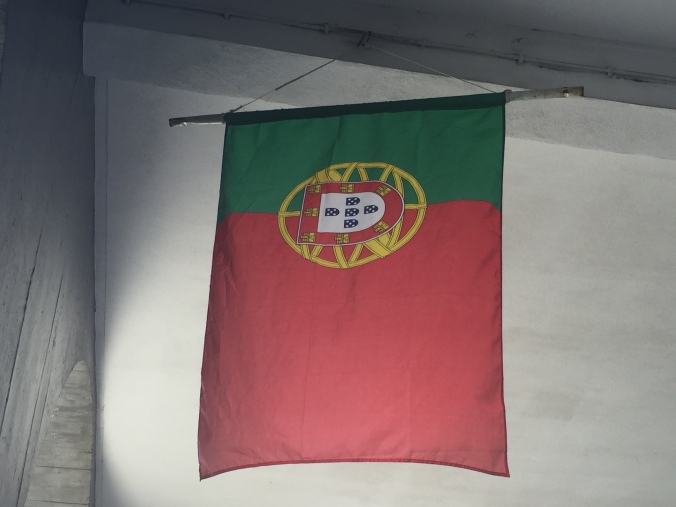 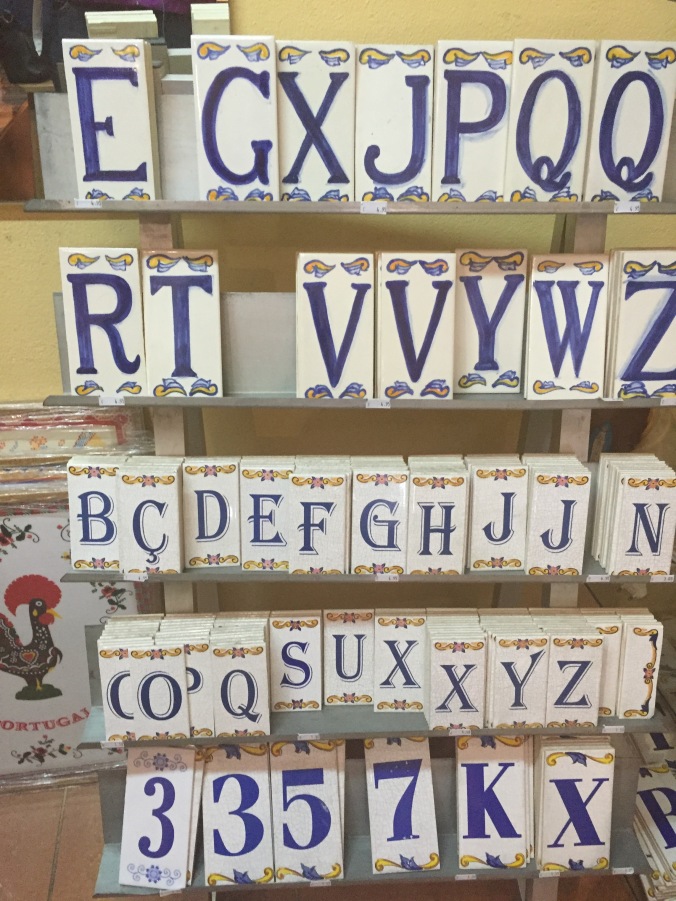 Up next, Stock Exchange Palace and Imperial McDonald’s